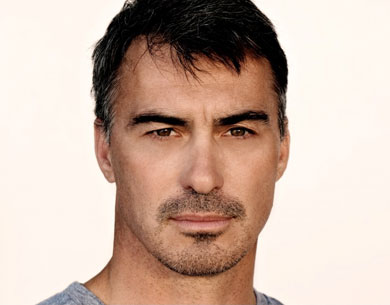 Chad Stahelski was born in Palmer, Massachusetts, and started studying martial arts at a very young age, grabbing black belts in a variety of disciplines. While studying at the University of Southern California, Chad discovered the world famous Inosanto Academy where he rose quickly through the ranks becoming one of Guru Inosanto’s top students and ultimately an instructor in record time. He was one of the first Americans to compete in Japan in the famous mixed martial arts competition called Shooto. Chad went on to win many titles in mixed martial arts before his stunt career started.

His first break in the stunt world was doubling Brandon Lee in The Crow. Soon after, and despite a worldwide search, Chad was selected to double Keanu Reeves in The Matrix trilogy. Working with the Wachowski’s and Yen Woo Ping, Chad saw first hand the methodology that the Hong Kong action teams used to train their actors and build their dynamic fight sequences. This knowledge combined with his sheer talent as a martial artist put him ahead of the game. He came back to the states ready and able to handle top-level fight choreography and stunt coordinating jobs. He got another big break as the fight choreographer of 300, which is still touted for its incredible fight sequences. He continued to build his choreography team and his career when he co-founded 87eleven with David Leitch.

Chad to this day remains one of the premiere fight choreographers and stunt coordinators of his generation. His style and study of the fighting genre have led him to choreograph and pre-viz film sequences for countless films, which has honed his directing and leadership skills.

87eleven, the team he co-built with David, has touched nearly every significant fight scene that has come out of Hollywood over the last 5 years. Chad’s 2nd unit directing credits include SHERLOCK HOLMES 2, EXPENDABLES 1 and 2, HUNGER GAMES 1 and 2, AFTER EARTH, and SAFE. After Co-Directing JOHN WICK alongside David, Chad will continue directing/producing under the 87eleven brand with several projects lined up and has already begun preparations for directing JOHN WICK 2.